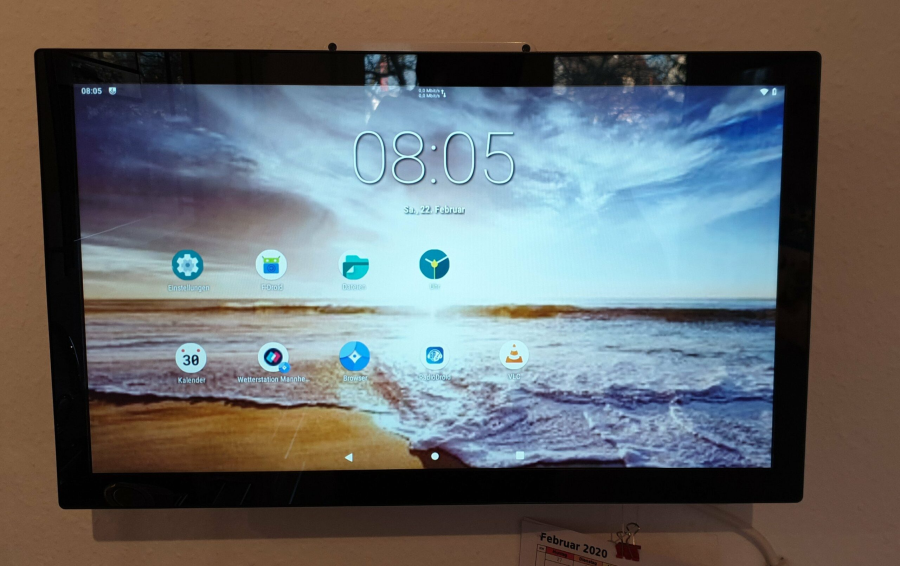 Our kitchen machine (Pi 3 with Iiyama 22” Touch Display) was running raspian with the kiosk-keyboard addon for chromium, as I didn’t manage to install a reliable onscreen keyboard for Raspbian itself.

After a while I was kind of unsatisfied with the possibilities of using only browser functionality and thought of the Touch Screen as giant Tablet. And Tablets usually run Android. After a quick search I discovered Lineage OS for the Raspberry Pi from Konstakang. Sounds funny but works like a charm 😉

Unfortunately it is not as smooth as it is on a recent smartphone, which might be due to the 1 GB of RAM oft the Pi 3 but if you make sure you got at least a Class 10 SD card installed you’re on max speed possible.

There is also a different Android for the Pi which is called Bliss OS. I haven’t tried this either.

This site uses Akismet to reduce spam. Learn how your comment data is processed.